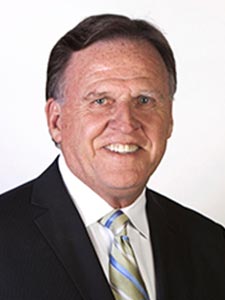 Phil received his B.S. in business administration and psychology and immediately went to work for Burrough’s Corporation where he sold and supported large mainframe computers to banks, savings and loans and manufacturing companies. Three years later, the Motorola Corporation recruited Phil to sell networking systems. Phil moved up the ranks from sales to branch manager where he oversaw sales and customer support for the Kansas, Missouri and Oklahoma region.

Phil then pursued an opportunity with DST Systems, Inc., the largest provider of accounting software technology in the financial services market, where he spent the majority of his career. Phil successfully ran one of the company’s three major product lines, became a senior officer and was responsible for developing the company’s marketing and communications division.

Phil left corporate America after 35 years with the desire to use his professional experience to enter into small business ownership and franchising. Phil chose the Regional Developer Concept with Window Genie, specializing in home services. Phil’s focus on development and new business consulting helped Window Genie triple their franchise owners to exceed 100+ in seven years.

When new ownership acquired Window Genie in late 2016, Phil negotiated a buyout package so he could transition from running a small business into helping motivated individuals reach their entrepreneurial goals through franchising. He has since added consulting services for small business owners interested in using franchising as an expansion strategy.

Phil has been actively involved in the nonprofit community. He spent 10 years on the board of directors for Junior Achievement of Middle America where he served as vice chairman and later chairmen of the board. Phil co-founded the Greater Kansas City Business Hall of Fame during his tenure, which continues to be the organization’s largest fundraising event.

Are you looking for ways to Access Resources & Expertise
that Improve your Business as an Owner? Start Conversation